The reason why sump pumps short cycle is often because there is not there is no place to displace water – especially in a heavy rain event. This causes the sump pump to run constantly and reach the end of its cycle life prematurely.

The thing that takes a sump pump out is the switch. Our chambered sump system allows more on-site water storage. This basically allows your sump pump to miss many cycles which in turn, extends the life of the pump. We have this giant reservoir so that the sump pump only cycles 10% of the time. 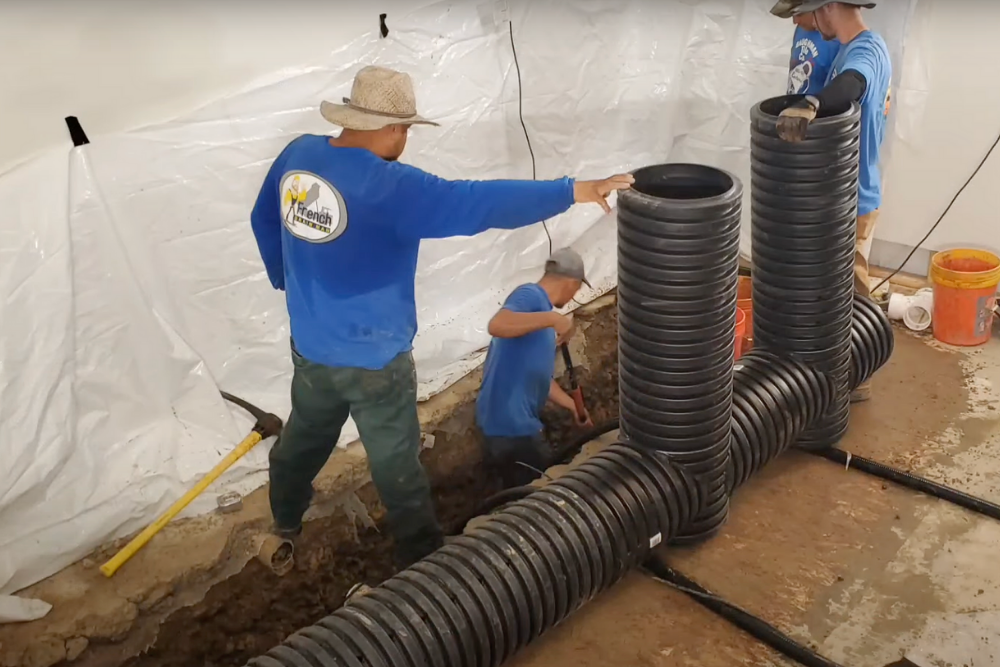 Our large reservoir is for several reasons. The biggest reason we want this giant reservoir to fill up and raise the float very slowly on our sump pump. When it finally triggers that pump to run, it’s going to count for something. You’re going to get your money’s worth out of that one pump cycle and you’ll definitely notice the decrease in your electric bill.

What happens is when the check valve goes bad, it lets the water in the line run back in, fill the chamber. In our case it’s impossible to short cycle a pump. That’s how big our chamber is. If the check valve quit and it didn’t work anymore, it would not take out our sump pump. We’re just displacing too much area. It would take a ridiculous amount of water for that to happen. In most basement applications, you just have a 10 foot lift to get the water up and out of the house. We have this figured out to where if the check valve goes bad, it can’t short cycle a pump until failure. If there’s no electricity due to a power outage or if your generator doesn’t run that day, we have on-site storage like a big cistern under the floor. This buys you time to get your power restored, to get a generator that’s running and keeps your basement from flooding.

In the smaller sump pits like Lowe’s and Home Depot sells and that everybody seems to think that just digging a hole, put a pump in this little bucket, five gallons of water, turns the sump on, and then what, a big storm comes. It falls behind. It starts to show its weaknesses really quick when you need it most. That’s the problem. It’s super easy just to put one of those in the ground and say, “All right. I got something going here. A light rain, no big deal.” But when you really need it, when it matters most is when that stuff fails. That’s why we go ahead and we go to the extreme to build a system the way we do. 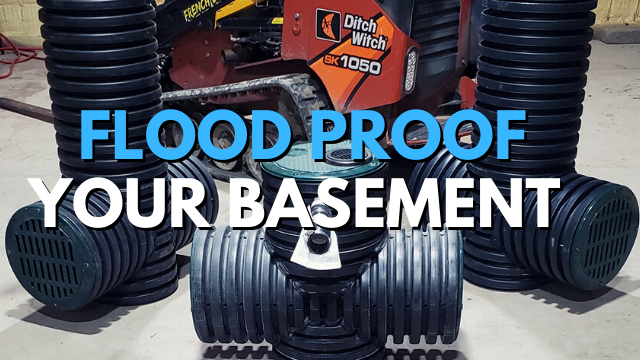 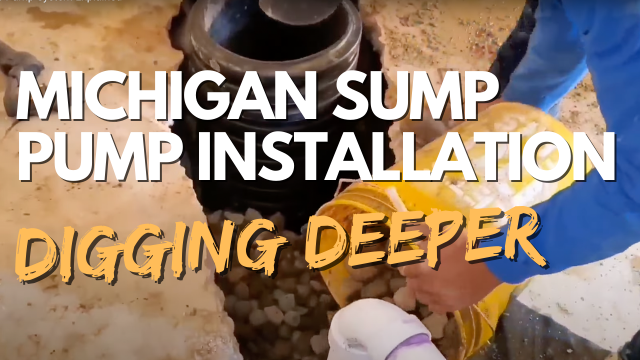