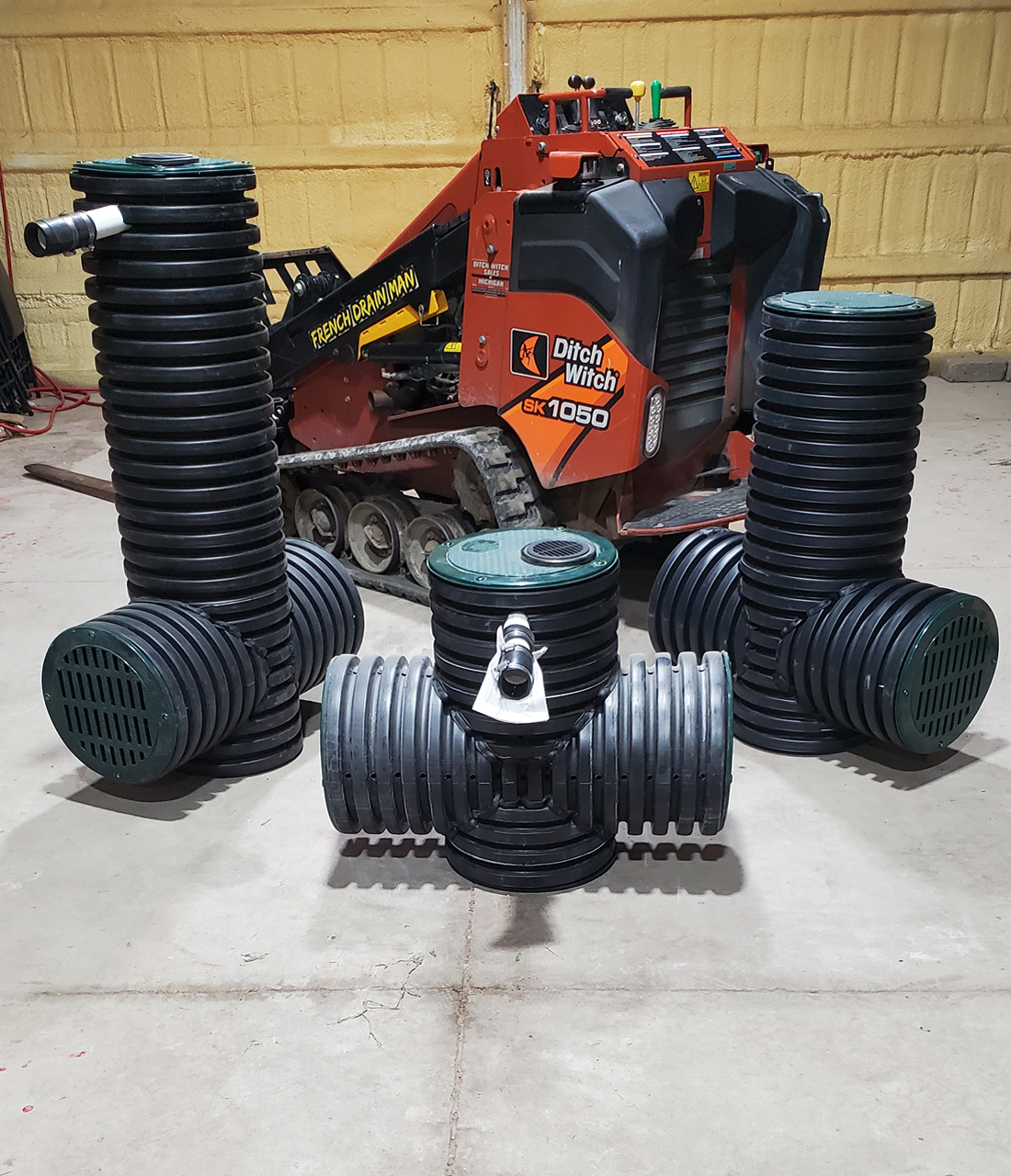 If your basement sump pump runs all the time, if it’s turning on and off repeatedly, you need a deeper system and you need a longer chamber. Our patented indoor sump pump system, Screamin Demon is going to take all the stress off the sump pump. It’s going to let it turn on and run for a while moving hundreds of gallons of water, allowing it to shut off and literally have a nice long break.

Why Other Basement Sump Systems Fail

A traditional sump pump pit is just so small for most basement drainage. It only takes five gallons of water to turn on a sump pump in the small basins. The traditional small basins are not big enough and they’re not deep enough. And unfortunately the reason why these smaller systems exist is because builders and contractors they don’t want to pay for an install of a deeper sump pit and a bigger chamber. That’s why these standards are what they are.

French Drain Man is a company that’s in the de-watering business. We de-water yards. We de-water inside of homes, whether it’s a crawl space or whether it’s a basement. We patented our sump pump system out of necessity because nobody else offered one. Everybody offered something that had two or three pumps crammed into a small barrel. It was still a small containment area for three sump pumps. So they would wear one sump pump out and then it would go to the second sump pump. And then so on. Our system’s built to make each sump pump last. We want the sump pumps to last years, possibly even decades.

Our basement sump pump system is going to save you money over the years. You’re not going to have to go through replacements like you do on the smaller pits that just wear them out repeatedly, turn them on and off and wear them out

Save Energy with a More Efficient Sump System

Another benefit of our chambered sump system is homeowners will use less energy. When you turn on a sump pump, that’s when they use the most electricity. So every time you turn on a sump pump and have to get the thing zinged up, that’s costing you money. When you have to bring them up to speed from being turned off, that’s the majority of the cost that you see in your electric bill from a sump pump. Our system is designed to reduce those start-ups. We want to reduce those start-ups for so many other reasons as well, but another benefit once you turn it on, you’ve already paid the price. The startup is the cost of running a sump pump. So it’s just easily free running. It’s not using nearly as much electricity. So the fewer times it started up, the less electricity it ends up using.

Protect Your Basement Against Flooding – Even During an Outage

Strong winds and heavy rains often bring power outages. If you’re away from home or if your generator doesn’t run that day, our sump systems has on-site storage like a big cistern under the floor. This provides layers of flood protection before the water starts finding its way into your basement.