How to Stop Buried Downspouts From Freezing This Winter

How to Prevent Buried Downspout Pipe From Freezing

How to stop buried downspouts from freezing. This is a question we often get from our subscribers and it’s a legitimate concern if you live in a northern climate. You have to be vigilant to avoid freeze-ups.  We’re going to take you through a setup that will reduce downspout freeze-ups in the wintertime.

Keep Your Line From Freezing 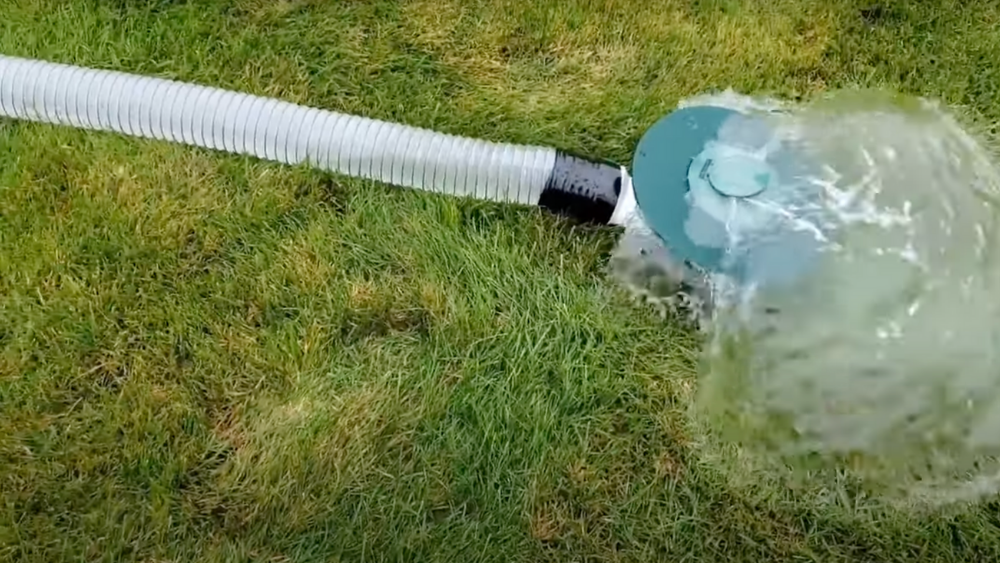 Now what we’re going to do is we’re going to stop feeding this popup water. We want to shut off the hose that’s feeding corrugated pipe, and we want to see how much water’s left to sit in this corrugated pipe. So the water all runs down to the popup. Now you can see popup. There’s less pressure. There’s less pounds per square inch. But it’s still running out at 1% slope here. So let’s see how much water we are left with 1% slope. All right. So you can see you have a few feet that holds water. 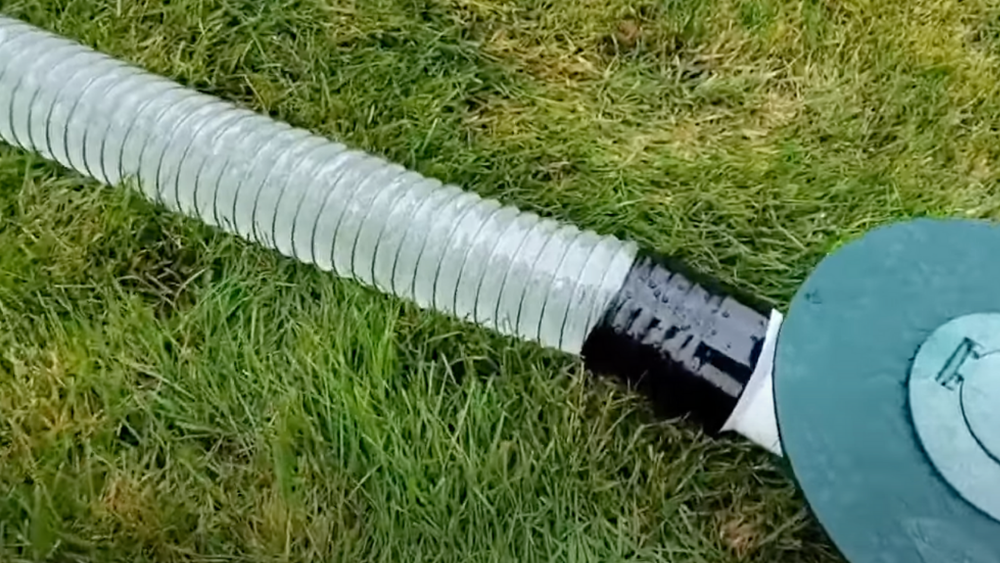 Now we taped up the hole all on this three-inch elbow so that we can do this demonstration.

We went ahead and we put a few feet of knife cut on. We’re going to show you what happens when you add three feet of knife cut. Now, knife cut. It has a really, really small cut in it. No material removed. So here, we’ve loaded it up with water. 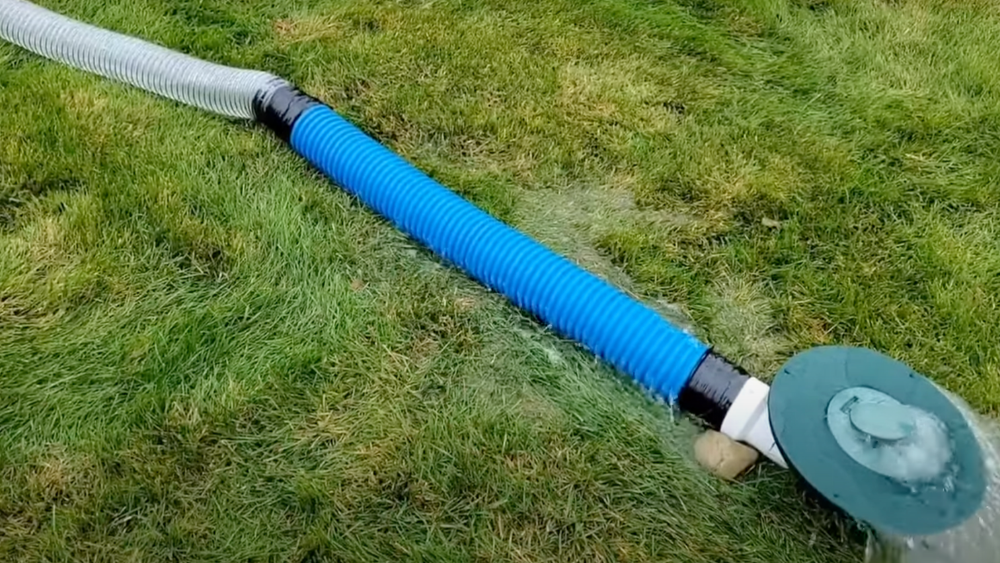 Now this won’t hold any water. Then let’s go to the three-inch. This is why, I encourage the three inch when you don’t have big trees, big tree leaves, and you need a really big four inch pipe to feed all that debris. We basically cut little holes in the bottom of these so they can leach too.

And we just taped it up to there it is just pouring out and slowly just leaches into the soil. So when old man winter shows up, it’s not an issue because the knife cut ran down the last few feet of corrugated pipe on 1% slope here. And then the holes that we have in the bottom of the elbow, drain out the pop up. And that’s such a tiny little bit of water that it will leach even in clay. Now, remember clay does perk some. So this here is bulletproof. This is how you keep your line from freezing up in the winter.

Use Heat Tape For Downspouts

The only thing that’ll keep your downspout from freezing up is heat tape. But yeah, you bury one of these big guys in clay. You just got five gallons of water and you’re asking it to perk just in a small area. It’s not going to happen. It doesn’t happen here. We have small pipe, four-inch diameter pipe. We’re just asking it to leach a little bit of water. Not very much. And then right in here, we just have a cup of water. This will keep your line from freezing up. Again downspouts still freezes up. You’re going to have to put heat tape in your downspouts.

Keep Reading:
How to stop downspouts from clogging

Stop Your Buried Downspouts From Freezing This Winter!

Remember, to keep your downspouts from freezing you will need:

You may also need:

For more product reviews, DIY and contractor drainage tips, Subscribe to the French Drain Man YouTube Channel If you’re looking for downspout drainage in Southeastern Michigan, give us a call at 248-505-3065. 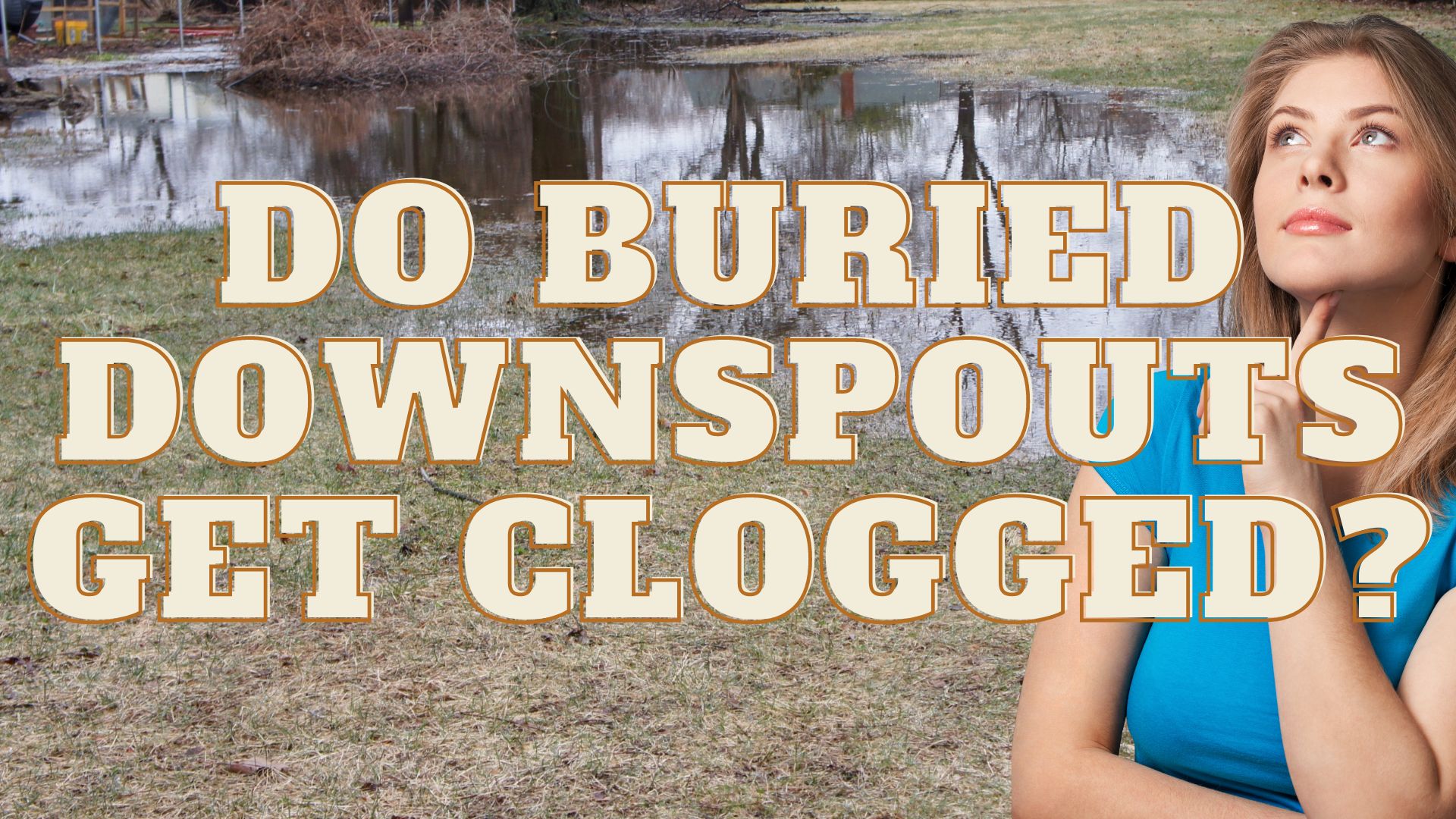 Do Buried Downspouts Get Clogged? 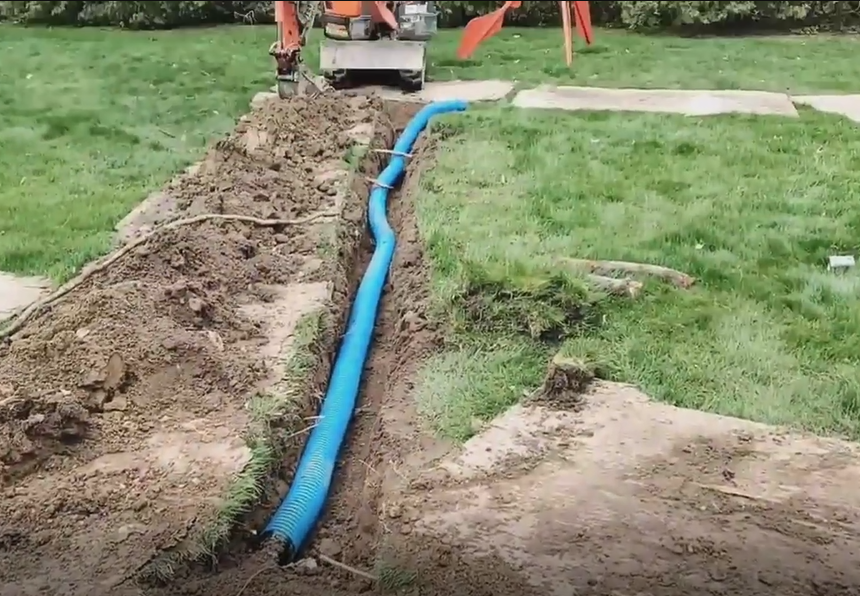 How to Bury Downspouts: Complete DIY Guide from the Pros 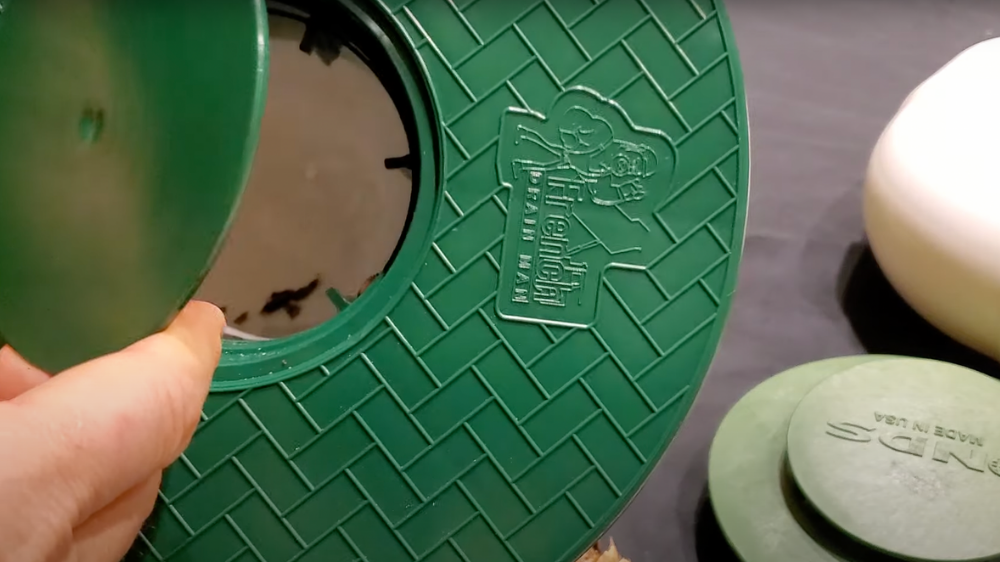 Best Downspout Drain Which Pop Up Emitter Should You Buy?