How to Stop Downspouts from Clogging

Pop Up or Catch Basin to Stop Downspouts from Clogging?

I want to talk about the most important thing to any drainage system, and that’s the discharge. The problem is, with vegetation like our grass, that’s usually what does a system in and clogs the underground downspout discharge. I see so many flooded yards because of this. If you want to know how to stop downspouts from clogging, let’s talk about all the different ways of discharging them first.Whatever your drainage situation is, if you’re taking it to a grassy swale or ditch, you really have to watch how you go about daylighting. 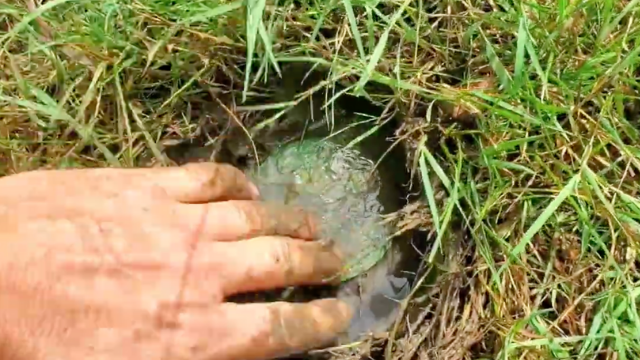 Years ago, I gave up on the popup emitter because the grass grew over it and it would clog. Basements would flood, crawlspaces would flood. It was a disaster. Over what? Because grass and vegetation just grew over the downspouts discharge end. So we went to installing Spee-D basins. 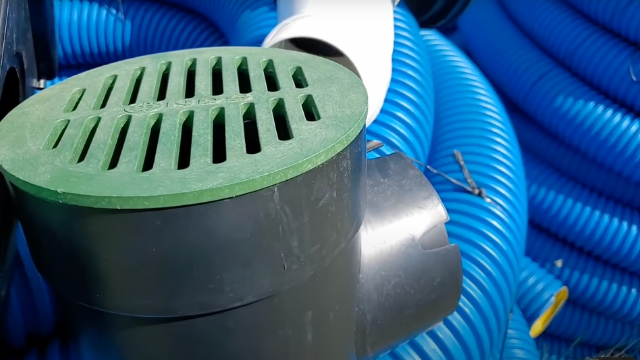 But then we got a lot of complaints about the smell. Spee-D catch basins stay full of water in a clay environment. That was the one benefit of the popup emitter. It won’t hold very much water.

So we’d get complaints about these Spee-D basins because earth worms would also find their way into this. I don’t know why, but they just go inside these, they drowned, and then it smells horrible.  And to make matters worse, this wasn’t enough to stop the downspouts from getting clogged at the discharge area. The grass would grow over this as well.

We even went to a 9×9 and even 12×12 catch basins so the grass would have to work extra hard to try to grow over it. We succeeded. During a rain, the discharge always worked. But we still had the problem of basins holding water in a clay application.

So what do you do about the petri dish that’s breeding mosquitoes, creating unwanted odors in the backyard? Plus here in the North, this could freeze up. You’ll have a big block of ice right at the end of your downspout discharge. So it always took us right back to the popup emitter.

So I’m going to tell you what we’re doing now and what we think works the best for underground downspouts.

We like the low profile nineties for a pop-up emitter. If you need some more height for whatever reason, then just go with a regular ninety. But these low profile nineties, they don’t hold very much water. The problem is we still to address the problem of grass growing over the downspout’s discharge. So what do you do? Well, that’s where a turf restrictor plate comes in. So we build a pretty nice popup with a turf restrictor plate to prevent vegetation from growing over the discharge. We’ve been shipping these all over the United States all year long. 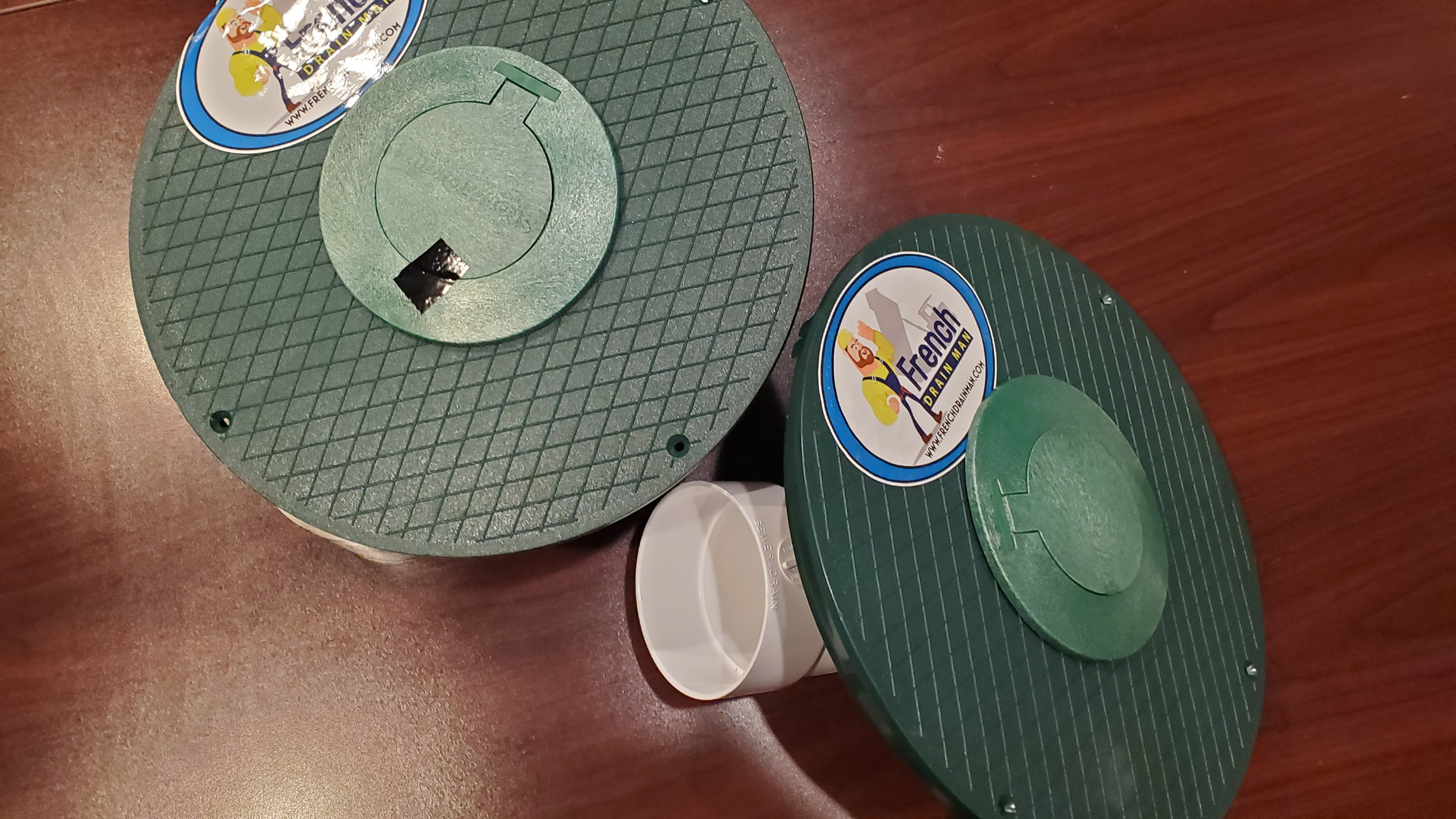 We’ve got tons of feedback. You know we’ve made a lot of changes, a lot of modifications, and we just really have dialed this thing in. You can take it apart in the event that branches and leaves and things during low volume rains collect in that ninety pop up. Super easy. Just to take that off and dump it out. 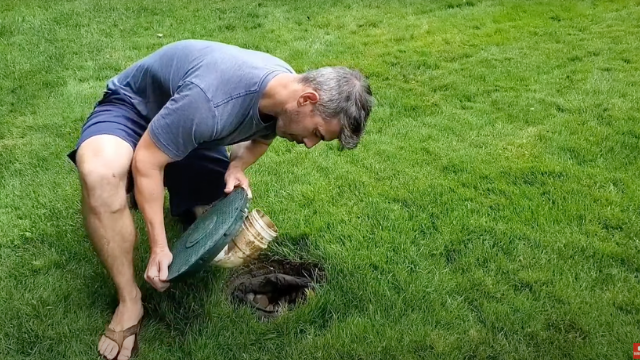 Branches are probably the biggest thing, because if you live where there’s a lot of big trees, it’s going to drop limbs on the roof of your house. And even though you might drag those branches off, there’s a lot of broken pieces of bark and wood that fall into gutter. They find their way into your drainage system. So it’s just something that we’ve learned over the course of 35 years of doing this. That’s why we made our kit something that you can easily access and service.