What is the Difference Between Detention and Retention Ponds?

What is the Difference Between Detention and Retention Ponds? 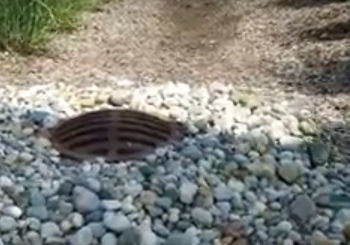 A retention pond holds water all the time. It’ll always have water in it.  Whereas a detention pond or area, it’ll hold water after a rain for a little bit and then it dries up. Usually, these are here because before construction, before development, there was found wetlands and they have to create these detention ponds and retention ponds.

This is a detention area now as the water runs out of the street, the cobble rock breaks the speed and velocity at which the water’s flowing so that there’s not high erosion in through the bed at areas where the detention area has been created and you don’t end up with all the bark just washing away and eroding.

Once the detention area reaches a certain point, it then goes into the storm drain catch basins, which there’s several throughout this development.

Again, you have cobblestone acting as a break, slow the water down as it runs into the detention area, and then under really, really heavy rain conditions, it’ll start actually finding its way up into the storm drain catch basins.