What is a French Drain?

What is a French Drain? 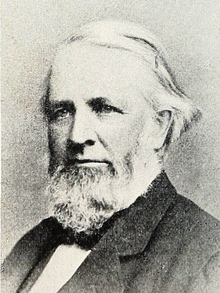 French drains are a ditch full of stone. The reason why they’re called French drains is back in the 1800s a Harvard man, educated man, traveled. He went basically around the world trying to find out how to drain farmland so that we could actually double the ground in which we farm on which we have done that due to his travel. So they’re called French drains because we’re honoring Henry Flag French for what he did and that time that he put in and traveled back when travel was difficult in the 1800s.

A French drain used to be just a ditch full of stone. We modified it more. Modern French drain now has a pipe in it. The pipe has inlets, so the water goes through the stone into the pipe and then it travels down the pipe somewhere to a discharge. Maybe it’s a ditch, maybe it’s a storm drain catch basin. We also now wrap the stone so that the stone doesn’t migrate into the dirt and the dirt into the stone. That’s what a French drain is.

For French drains installed in Southeastern Michigan give us a call and if you have any more questions about yard drains, please leave them in the comments. I would be more than happy to do a video for you. Until the next video.