This job takes us to a French Drain Installation in Bloomfield Hills, Michigan. The homeowner is a subscriber who knows our drainage systems pretty well. He’s been watching all our videos for months. Hopefully, when it’s raining hard, he sits there with his phone and an umbrella, and gets us some dynamite footage of the french drain system in action. 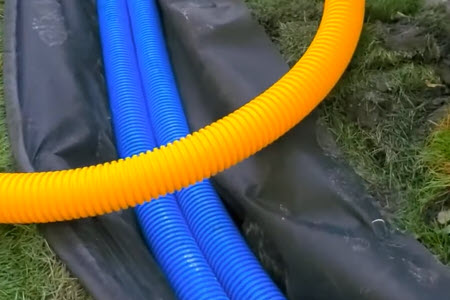 We’re running High Octane with the premium Baughman eight slot yellow, and we have a 24 inch in diameter, 48 inch deep, lift station. It’s going to have a cast iron grate on it. So all the bulk water that used to sit in here, just goes right into our lift station, and we have 140 foot of discharge out to the street. It’s a pretty good sized drainage system in Bloomfield Hills, MI.

Growing Grass over the French Drain

We’ve had a lot of questions asked about sod. You do need a sprinkler system to grow sod on our French drains during the drought season. Or, you’re just got to be someone that doesn’t mind running a sprinkler. Why do you think the golf courses look as good as they do? I mean, they have a hell of an irrigation system.

So this gentleman, he told us, “Look, this system, my irrigation guy just gave up on it.” he told me. Just abandoned what’s here. It’s an old system. They’re going to put a new system in back here.

So we’re going to run sprinkler line. We’re going to put three one inch, right there for the three mains. And then each one of these feeders, and the main, we’re going to have sprinkler pipe underneath our system already. We don’t want an irrigation crew to compromise our system.

We cut off all the root and we got it really nice and thick. So this will grow just fine on top of our French drain system. We’re now through the drought season, it’s late September. This gentleman might not even put the sprinkler system in until summer of next year. 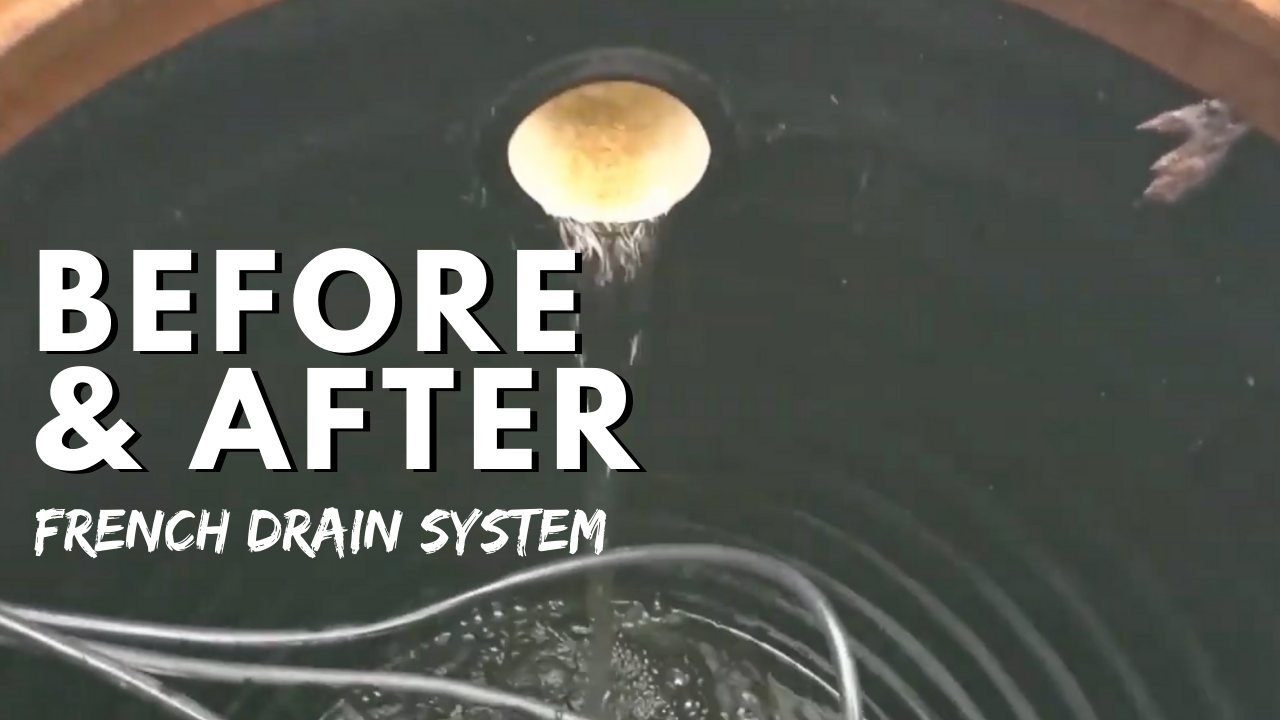 Bloomfield Hills Yard Drainage Project: Before and After