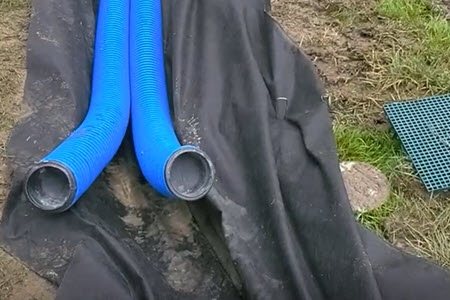 We ship out a lot of end caps and I’m not really sure what people are using them for because we’re still shipping a lot. We carry them because people ask for him. People want them, but these work much better. This is an internal end plug.

The end cap always ends up kind of curling up. A lot of people complain about that too. These here, they’re nice and solid, helps hold the pipe shape everything. It’s really nice. They stay round, which is a good thing because the pipe is round, but my guys won’t even go back to the end cap. So in the comment sections, tell me what you guys are using the end caps for the end plug can’t do. Quite frankly, I really don’t see a need to inventory them. Just more or less draw awareness to the end plug.